Attorney Alexander Funk has devoted his entire legal career to criminal defense work. From his very first case, he has worked to help individuals facing criminal charges obtain the best possible outcome in their cases. Mr. Funk has experience with every aspect of the criminal defense process. He is not afraid to go to trial and has worked on everything from minor traffic cases to capital murder cases.

Mr. Funk understands that it can be difficult to think clearly when all you can think about are the potential consequences of a conviction. He will clearly explain the process and your options, and answer any questions you may have about your case. He believes that providing clients with a “roadmap” of a typical case and how that compares to their individual circumstances is important because it minimizes surprises and helps people understand the speed bumps that may arise over the course of their defense. 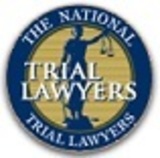 The National Advocacy for DUI Defense

Top DUI Attorney" by the National Advocacy for DUI Defense 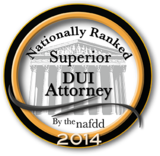 As an undergraduate Mr. Funk attended the University of Delaware, where he studied political science. He graduated from the University of Miami’s School of Law in Florida before returning to his home state. Attorney Alexander Funk has received a variety of professional recognitions, including being named

Mr. Funk believes that clients deserve what he calls “effective representation.” This means that he tailors his approach to each case based on the type of criminal charge, the prosecutor handling the case, and the client’s background and reputation. He is deliberate and methodical in his approach and works to understand the entire context of the situation before taking action. His practice areas include:

Tell Us About Your Case